With these first few blog posts I will be mixing in a few of my favourite previous shoots along with posts for new shoots.  I’ll also try and give you a bit of a “look” at what you can expect while on a shoot with me.

I absolutely LOVED doing the photos for this family!  The mum is an old school friend and their two boys are so energetic and full of life.  We met down at Sirius Cove on a beautiful spring afternoon and started off with some simple family portraits away from the water before moving down to the beach.  This is such a great location and for a small park has such a variety of settings – grassy areas, stone walls, rocky outcrops, bush and of course, the beach itself.

The further through the shoot we got, the closer we got to the water until everyone (except for me!) was IN the water to some degree.  The boys still had energy to spare, even after jumping off the stone wall onto the beach for again and again and again, so I suggested some action shots in the shallow water.  The below photos show them finally starting to get a bit tired (and just a bit damp) after splashing around. 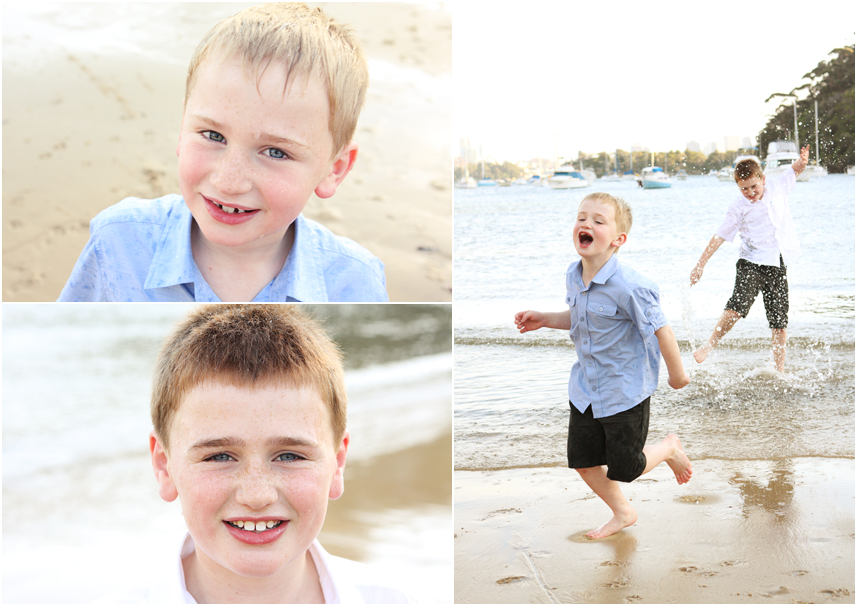 The best part about the whole thing?  Not too long afterwards, I caught up with the family at their home to be proudly shown several of their photos from this session printed on canvas and hung up around the house.  The two boys had a collage canvas made up with three of the images each to hang in their own room as well – love it!