Well, this little chap is certainly growing up fast!  He was a touch over six months old for these photos and is a deliciously chubby little boy who looks older than he is, possibly due to the loads of gorgeous hair he already has.  For this shoot we started at a local park near where the family live.  It had been raining all week though, so the ground was soggy and options became limited, so we grabbed a few shots and moved on.

We went back to their home to get the main lot of photos done inside and wow what a perfect set up they had in the living area.  There were beautiful polished floor boards, against recently painted skirting boards and walls, with huge windows letting in loads of natural light from both sides.  Master Lachie is still perfecting the art of sitting up, not that you would know if from the photo below!  I love the series of images with Dad reading to him – he looks so thoughtful, as though he’s really taking it all in.  And when they pulled out the jack-in-the-box, he became so focused.  He’s such a cute little boy and with such a sunny disposition, it was an absolute pleasure to photograph him with his mum and dad and catch up on how he was going. 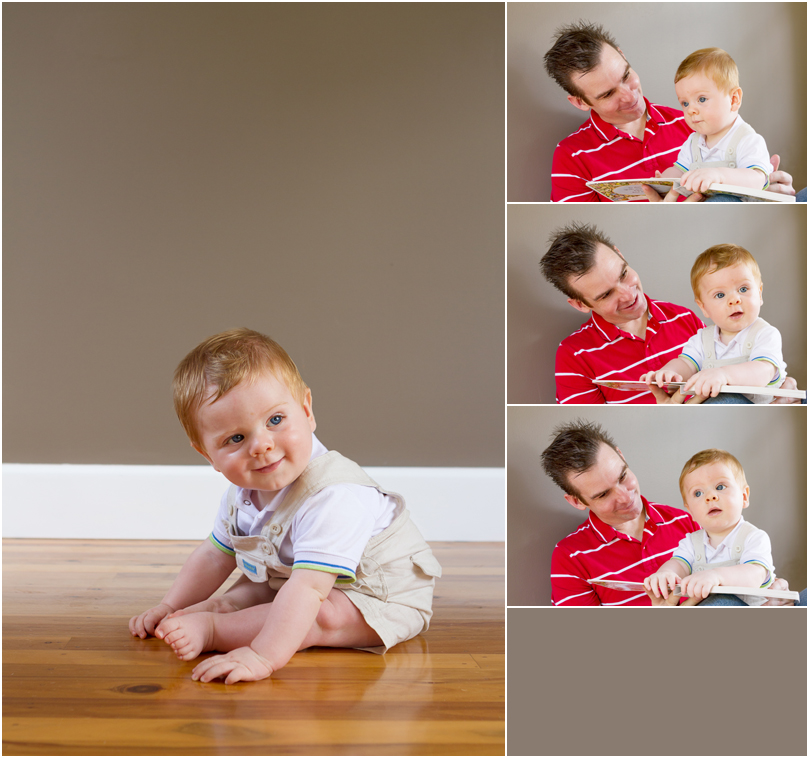